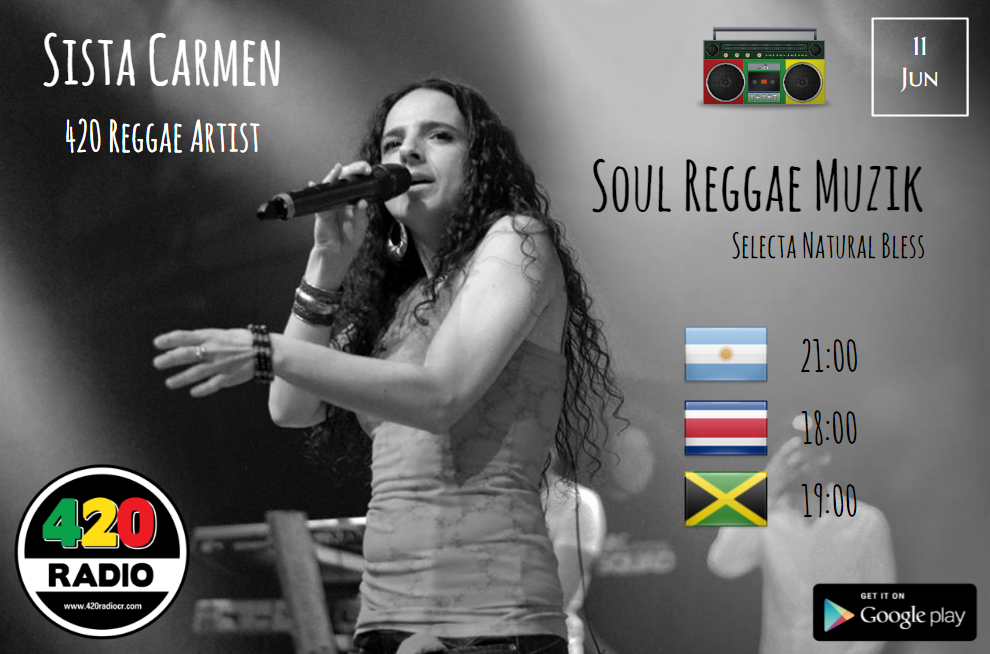 United Flavour band is well known in the Czech Republic, as well as in South America: they are played on the radio in countries like Mexico, Argentina, Costa Rica and so on… Recently, Sista Carmen, the Spanish leading singer of United Flavour was nominated “Artist of the week” by the internet radio “420Radio” from Costa Rica. Big Up Sista!
Check here!